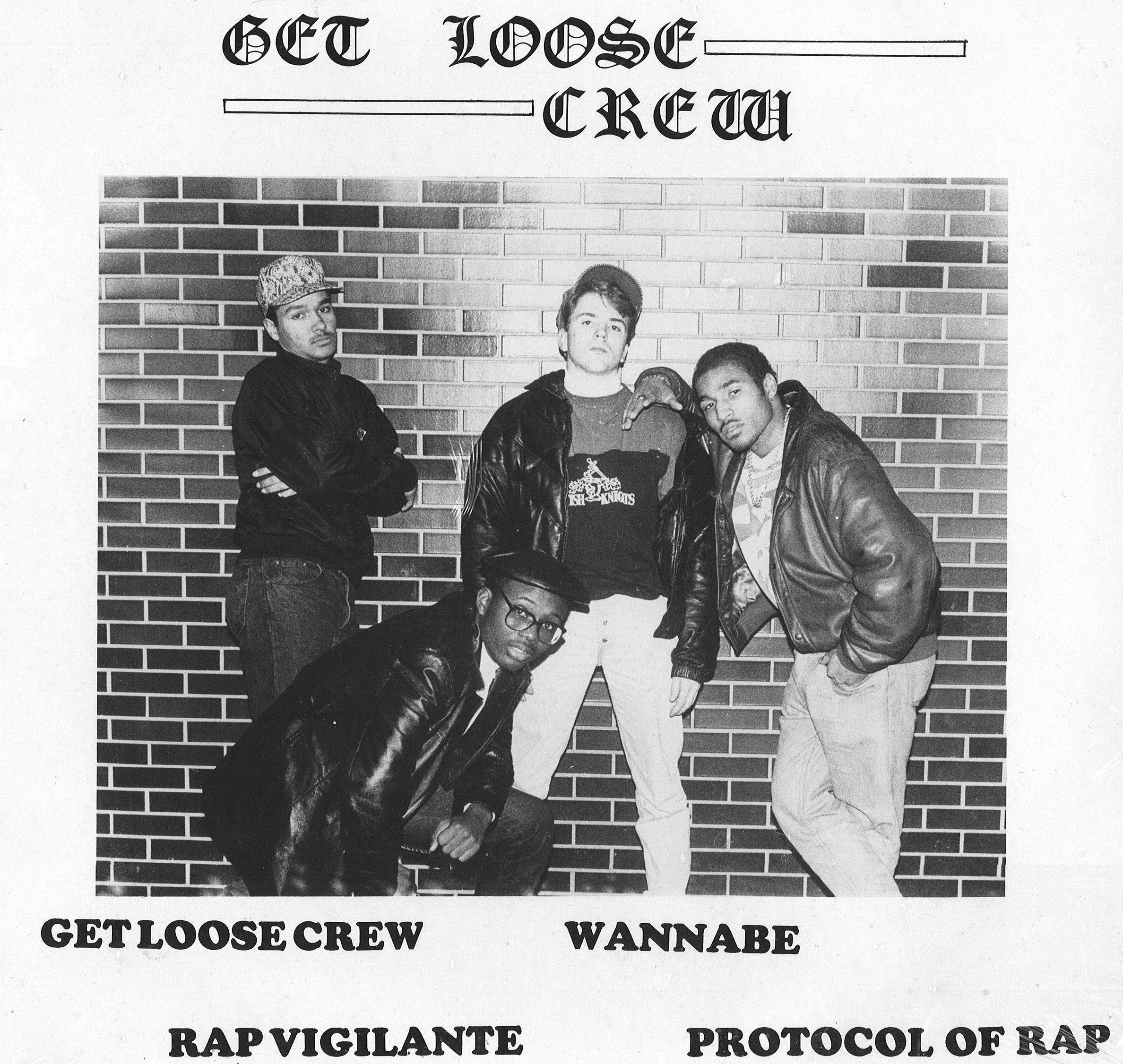 “Breakin’ up” Get Loose Crew disbands

The Get Loose Crew disbands in the fall of 1989. Members of the group decide not to follow up on their debut release in March 1988 and pursue other opportunities.

Chris Jackson (DJ Jel) departs the group to team up with artist and producer Stanley “S-Blank” McCook  to form the group Self Defence. McCook contributed to the Get Loose Crew record as a producer and can be seen in the records cover photos on the reverse side.

McCook (S-Blank) known and regarded for his immense talents; Beatboxing, Dancing, Rapping and Singing was an established artist in the Toronto Hip-hop scene, and the duo signed to independent label Altrax Records. They were commissioned to create a single “The New Mania” for a U.S video game developer and ultimately toured together to promote its release.

They also appeared as part of the campaign for an urban music radio station recording on the single “Can’t Repress the Cause” in 1990.

Jackson & McCook performed and were featured regularly on the television music program Electric Circus and Extendamix, hosted by Master T (Tony Young). A tour was established and promoted featuring Self-Defence and uniting them with former GLC members MC B (now B-Kool) and MC Shadow both pursuing independent careers. 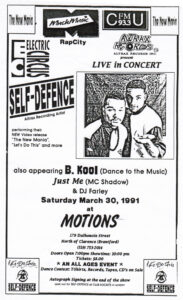 After the dissolution of Self Defence, McCook continued as a local musician and Jackson progressed contributing to the Canadian Hip-Hop Industry in artist development, management and promotion. He appeared as a host on Campus Radio and works with the CBC (Canadian Broadcast Corporation).

Jackson is credited as the brainchild for the formulation of the CBC Hip-Hop Summit held in 2011 at the prestigious Glen Gould Studio in Toronto. With a goal to unite the founders of Canadian Hip-Hop, his continued commitment to the genre enabled him to unify pioneers from coast to coast in an exclusive single concert event. The evening was a red-carpet event, hosted by artist Buck 65, with decades of old memorabilia being showcased and performances by established and up & coming talent. 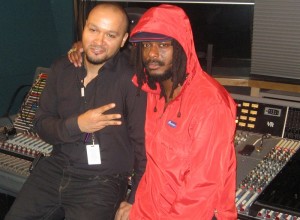 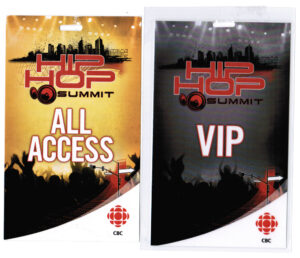 Jackson’s established music production skills were featured and recognized among many of Canadas Hip-Hop artists. Most notably it is his contribution to the catalog of Maestro Fresh Wes where he is tributed and referenced in the song “Stick to your vision”, from the album Built to Last, released in 1998. The song readily recognized for the sample of “These Eyes” by The Guess Who contains the lyrics “but let’s go back to eighty-eight Flemington [Flemingdon], Don Mills and [Eglinton] Negleton Makin’ beats with S and [Jel] gellin’ [and] them.” The publishers have not accurately documented the words correctly from the lyrics sheets or songs references. The correct words have been included in parenthesis.

In his later years, known as Chris “Got-Rocks” Jackson, established EasPark Pro (a play on the name East Park Productions) where he is the Creative Director, working with and developing new artists and the furtherance of Canadian Hip-Hop.

In addition to being a host on the satellite Radio Station Maximum FM based in Toronto, he participated in the launch of MAX Now TV Music Channel set to replace the void left by the defunct Much Music program that served as a launch pad for Canadian Hip-Hop artists.

In 1990 after his split from GLC, Badwa joined briefly to collaborate with MC Shadow under name of  Double Trouble. The duo worked on preproduction material and song writing including tracks titled “Above the Rest” and “Freelancin”. Despite several studio sessions, recording was not fully completed and prior to any release the pair separated to pursue solo efforts. 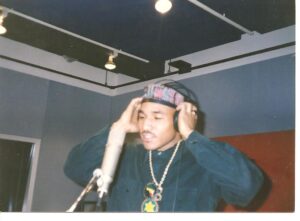 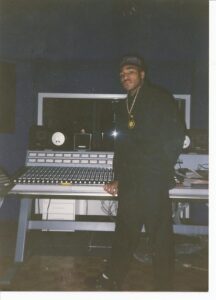 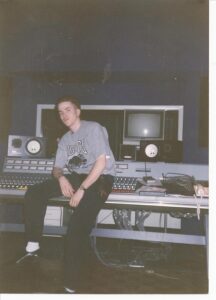 During that year, the music scene in Canada was heating up with demands for an FM licenced urban music station. MC B changed his moniker to B-Kool and joined Simply Majestic as a feature act under Capitol / EMI Records. He then appeared alongside Self Defense (Chris DJ Jel Jackson & Stanley McCook) to participate in the super group Dance Appeal which received a JUNO Award nomination for Best R&B/Soul recording “Can’t Repress the Cause”. 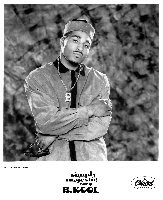 In 1991 he won R&B/Soul Recording of the Year for the song “Dance to the Music” and in 1994 he was nominated for “Gotta Get Over”, from his solo album “Mellow Madness”.

Badwa’s 91 win is ultimately the first rap recording to earn a JUNO award in Canadian Music (and Hip-Hop in Canada) History. 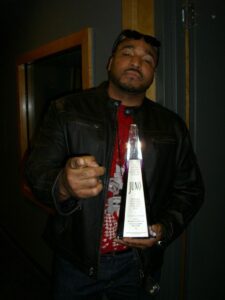 The controversy has been stated in a previous post: First Rap JUNO (technically) goes to GLC alum…

In late 2002 B-Kool changed his moniker once again to  Don Carlito, and recorded the song “Just like me”, released by Seven Star Productions and featured an appearance by fellow Canadian Hip-Hop artist Maestro Fresh Wes (Wes Williams) on the track and in the music video. Badwa performed the song on the TV program, the Mike Bullard Show and opened for genre legends Run-DMC. Other recordings by Don Carlito include “Asi Como Mi” on the flipside of the 12” LP and in 2013 a new release entitled “Fire” which represented a return to his Hip-Hop roots.

Noted for his uncanny resemblance towards Hip Hop Icon Darryl McDaniels better known as DMC of the iconic rap group Run-DMC. His attribute was and referenced often within the Toronto scene. Len ultimately met his hero when the two (Len and Darryl) were at a local record store in Toronto (Streetsound Records) for a Run-DMC autograph session. They decided to mug it up together, for photos. Len regarded it as one of his most treasured memories of those times. 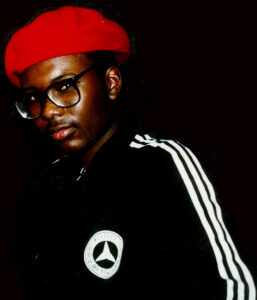 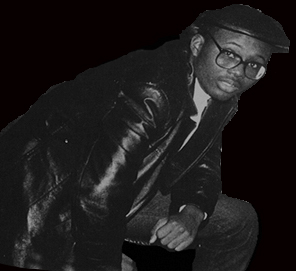 Len left the music industry to focus on his family and career in the private sector. He discontinued his artistic pursuits and public appearances in 1990 with the disbandment of the Get Loose Crew.

MC SHADOW (Kory Neely aka JUST Me aka Shadow)

After the split of the Get Loose Crew and dissolution of Double Trouble (with Badwa) Neely pursued a solo effort as JUST ME collaborating with female singer and high school friend Kaye Sergeant. The duo of Shadow and Sargeant caught the interest of Strictly Rhythm Records and Attic Records in New York City, but did not lead to an agreement.

Having achieved notoriety with the Get Loose Crew as the first white rap artist in Canada, second to Def Jam artists Beastie Boys he shifted his style from Hip Hop to R&B/Dance song style. He briefly worked with Jackson on several pre-production tracks but after signing a management only contract with Altrax Records he focused on Hip Hop/R&B recordings.

In 1994 as JUST Me, they recorded and had released “What I’m Sayin”, which was released in a multi-track CD compilation Mega Dance Volume 1 under Mirgin U.K.A Records. The original recording received the FACTOR new talent demo award in May 1991. Also, in 1994 the duo released “Do a little Dance” which was featured in a multi-track CD compilation titled America’s Most Wanted – Freestyle 94 (1994). 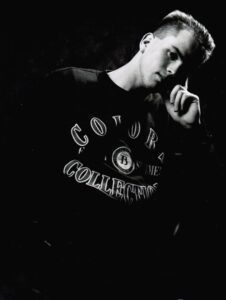 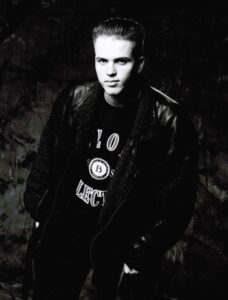 Television show Extendamix, hosted by Master T (Tony Young) established a tour featuring labelmates Self-Defence (who were Get Loose Crew alum) Chris “DJ Jel” Jackson and producer Stanley “S-Blank” McCook where Shadow opened for the show under the group name JUST Me. The duo of Neely & Sergeant parted ways after the tour. 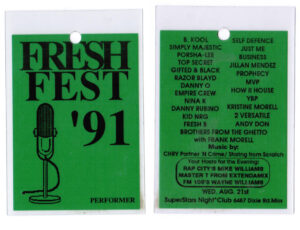 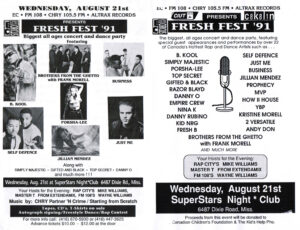 Neely unsuccessfully auditioned for a Woolco commercial in July, 1991 in downtown Toronto for Lynx brand running shoes. The Director advised Neely and his Manager Hutchison that “he wasn’t the type of rapper that they were looking for”.

In 2015 Neely resurrected the dormant indie label East Park Productions with the release of three singles “Resurrection”, “Lost” & “Lullaby of Pain”. The tracks which all feature a video and together form a short film project have received music chart recognition.

2017 to present: From his catalog of unreleased singles as a solo artist (JUST Me & MC Shadow), US Television series Front Men featured his music in episodes and as the show’s soundtrack.