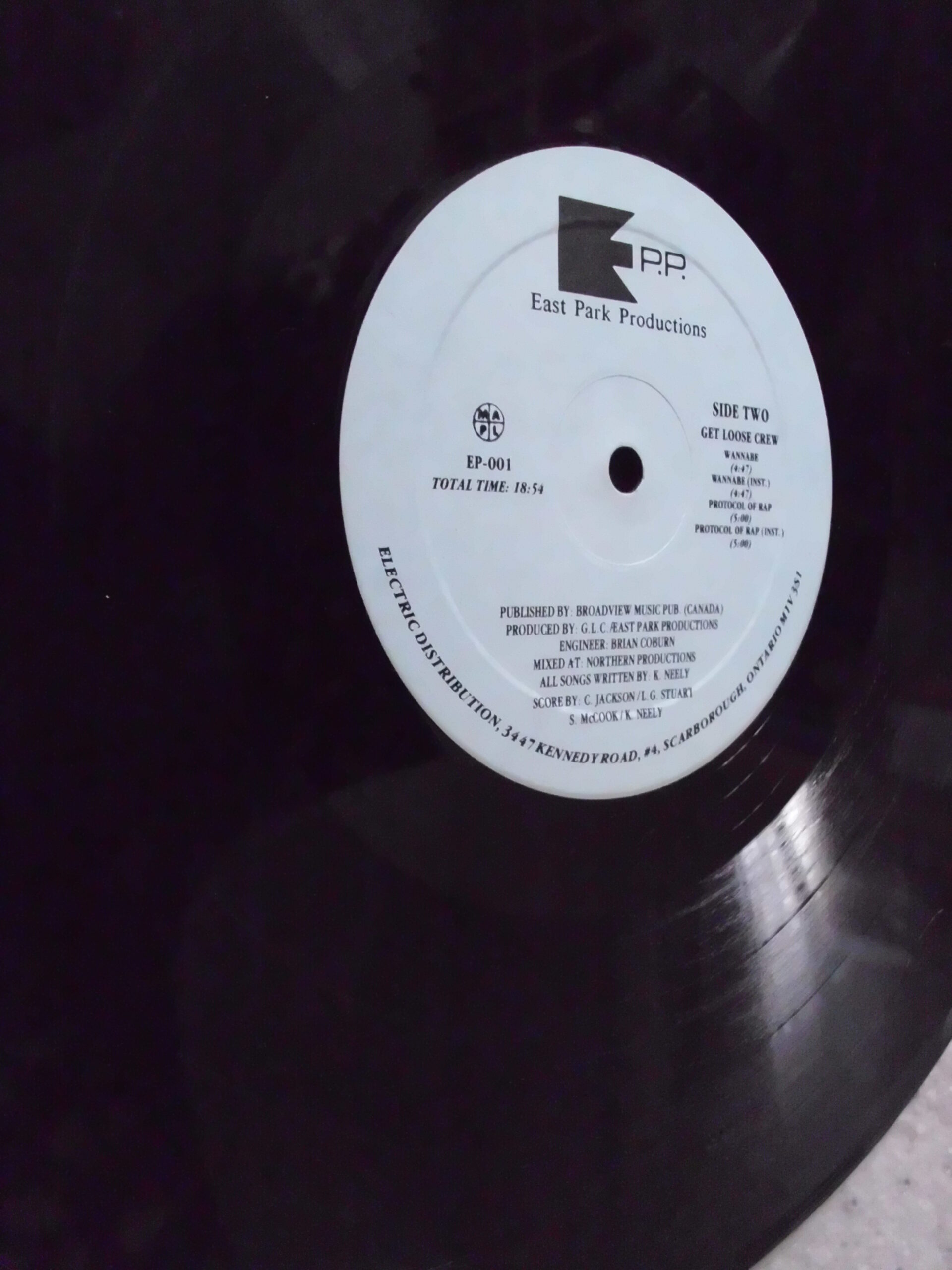 The independent release features an album (LP) style layout with the group displayed on the cover in a Black & White photo. The product was a first of its kind with photographic layout and credits, (typical only for album projects), though being considered a mini-LP or EP having four individual tracks and accompanying instrumentals – totaling 8 tracks.

Canadian vinyl pressing plant CINRAM (located in Markham Ontario), a preeminent manufacturer of commercial and mainstream music records and cassettes pressed the album. This was opposed to the traditional method of manufacturing and importing from New York City. The facility had never fabricated a Hip-Hop record and was not accustomed to the substantial bass contained in the crew’s master reel resulting in a disruption of the manufacturing process as assembly line machines pressing lacquer into vinyl could not handle the low-end levels and were severely damaged on two occasions. It resulted in a line shut down of production for a couple of weeks, requiring repair and replacement of the pressing stamps.

After a second delay, the group was contacted by CINRAM and asked to consent to a reduction of the bass contained in the title track “Get Loose Crew” which was the source for the breakage of the plant’s production equalization equipment. The group (after consultation) agreed to the modification adjusting the EQ level of the bass and continued with the order

Further delay to release was due to mislabeling on the vinyl itself. The songs were labeled on the wrong sides and out therefore out of order and missing a logo for East Park Productions. The subsequent run included a blue label (switched from brown) and featured a logo with the letters “E P P”. The correction made by DYNAPAK, lead to the shipment sent to the distribution company in March 1988 – delayed from the target date of December 1987. 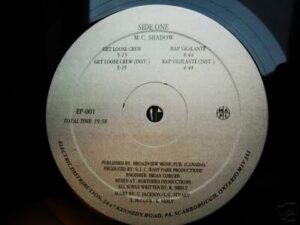 Distributed by Electric Distribution on Kennedy Road in Scarborough, first Canadian produced authentic multi track Hip-Hop record (mini-LP) in Canadian Music history and sold internationally was created and shipped out of the Country.  Up to this point only 12” domestic products had been produced without known or recognized distribution, no Canadian Hip-Hop record had been sold outside of Canada.

The record landed on shelves in local iconic locations like Sam the Record Man, Play de Record and other national record stores throughout Canada.  Soon after, it was distributed to and sold in the United States market and other Countries throughout the world including: U.S.A, England, France, Japan, Italy, Germany, China and Australia.

The Get Loose Crew engrained itself in Canadian and International music history.

Their music received airplay across Canada, United States & England with chart success. Niel Scobie Ph.D. Candidate in Media Studies, Western University, London, ON, and a former DJ/Programmer at CiTR 101.9 FM and Creator of In Effect​;- Vancouver’s first radio program dedicated solely to Hip-Hop music, posted a station log which included the Get Loose Crew. Scobie has stated that he played the album a lot and featured it on his show during his time at the station.

The greatest success attributable to the launch and reception of the Get Loose Crew record is due to the recognition and support of legendary Toronto, Ryerson 88.1 CKLN FM Radio DJ ‘Ron Nelson’, host of the “Fantastic Voyage Program”.