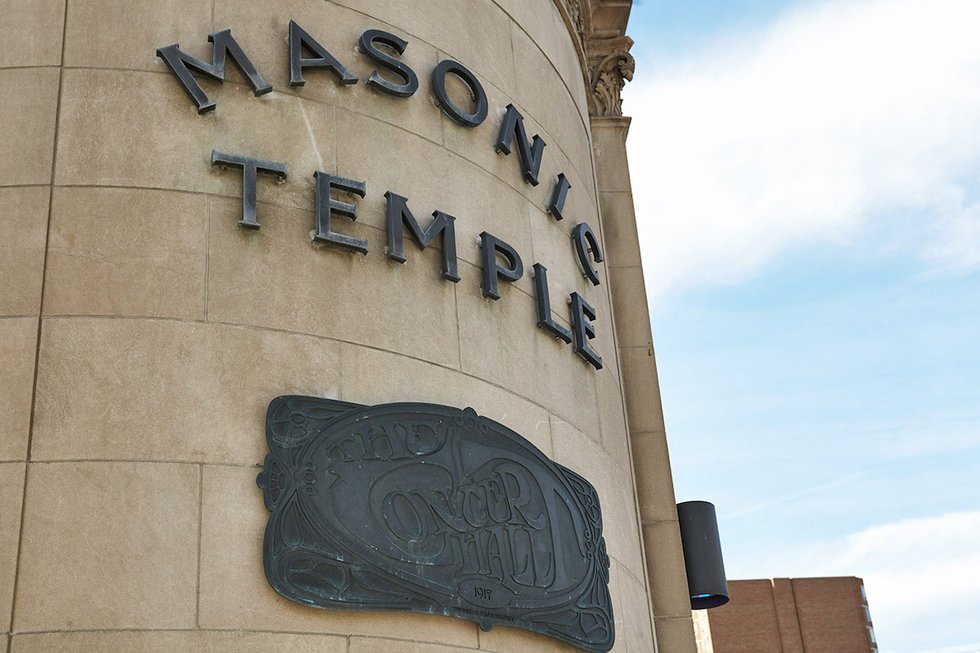 Concert Hall (Masonic Temple) “The biggest stage in hip-hop” located at 888 Yonge Street on the corner of Yonge Street and Davenport Road, regarded as the temple for Hip-Hop music in Canada. It has hosted the biggest names in the genre during the earliest years of many artists’ careers – Canadian and American.

Maestro, Michie Mee, Dream Warriors and many others established themselves on its stage, while the sound was supplied by sound systems and DJ crews like Sunshine, Kilowatt Sound and Chic Dynasty. “At Concert Hall, people in Toronto were able to see hip-hop live as if they were Americans going to shows in the U.S. at a time when the music was establishing itself. The Concert Hall separated Toronto from the rest of the country. The rest of the country did not have Ron Nelson doing hip-hop like a drug addict does drugs. Year after year after year, it became an integral part of people’s lives.” – Ron Nelson (Legendary Hip-Hop Promoter and Broadcaster)

August 1st, 1988 the Get Loose Crew took the stage on the list of performers for Caribana Shock-Out ’88 and performed the title track of their album to a packed audience.

The performance was on a long weekend Monday night in August 1988 during the Caribana Festival in  Toronto and featured a two song set of Get Loose Crew and Wannabe from their March 1988 release – Get Loose Crew.

Toronto served as the epicenter of Canadian Hip-Hop music during this time period and hosted several rap battles (dubbed Monster Jams) with established US performers. In 1988 the rap battles changed from primarily NYC artists and expanded to invite talents from other US cities.

Dream Warriors “King Lou” prophesizes “Backstage were all these different people with abilities and powers, but nobody knowing how powerful or the possibilities of where they could go. Nobody knew the depth of the talent. Maestro would be there. Nobody was running around snapping pictures and recording things. It was all this talent going around, and nobody knew how to hone it.”

Artists credibility was measured by an appearance on stage at Concert Hall. “The Concert Hall was like the Apollo of Toronto. That stage made every prominent artist in our scene. If you couldn’t perform at Concert Hall, then you couldn’t get the stamp of approval from the city.” – Christopher “THRUST” France.

The local crowd had developed a reputation for being a highly critical audience. “It was raw energy. If we weren’t good, they would boo us. It was, “Let me tell you who I am,” and you had to prove it and perform it. You had to act like you had a stylist, because these were the days before stylists. You had to have your hair done. You had to know who you were in order to sell to that crowd, because they weren’t taking BS from anywhere.” – Michee Mee

Judgment was often swift and brutal for underperforming or failed performances, which were met with loud jeers and boo’s up to objects being hurled at performers to drive them from the stage. “I saw bottles being thrown, food, miscellaneous items.” – Dalton Higgins

DJ/Broadcaster “Mastermind” (Paul Parhar) summed it up best in a NOW magazine interview “If it was on the flyer, it happened.” – Mastermind.