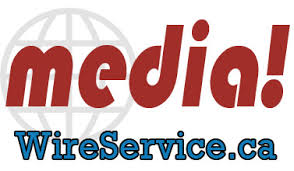 After a long hiatus, Canadian hip-hop pioneer MC Shadow returns to the music world with new song “Resurrection“, chosen as part one of a video trilogy and a planned short film.

The first Chapter “Resurrection” has gained notoriety and critical acclaim describing “Resurrection” that is closer to a movie than a simple music video.” – Samantha Stevens The Voice Magazine.

After a long hiatus, Canadian hip-hop pioneer MC Shadow returns to the music world with new song ‘Resurrection’, chosen as part one of a video trilogy and a planned short film.

Inspired by films including Fast and the Furious, Revolver and Ocean’s Eleven, the video is set in the backdrop of a metropolitan city, and follows four friends who come together to pull off their biggest heist yet. “I feel like the audience deserves to see videos that not only have stories and characters they can invest in, but that is also entertaining,” said MC Shadow. “Which is why we decided to interconnect the videos of each song into a single storyline.”

‘Resurrection’, described by MC Shadow as a dark and powerful song, was the first track the artist worked on since stepping back into the studio. Described as an effort to break from the underground scene, MC Shadow hopes to appeal to the masses with his upcoming album, slated for release in Spring 2016.

“My upcoming album is a bit dark. It’s about the disappointment and pain life can bring you,” said MC Shadow. “But it also has a positive undertone to it, a sort of light illuminating through the shadows. You can rise and fall in life, but perseverance can bring you back to life in the face of adversity.”

The second part of the trilogy, ‘Lost’ slated to be released in December 2015, continues with the four friends and immerses the viewer deeper into the story through a series of plot twists and unforeseeable endings.

MC Shadow hopes to eventually register the Director’s cut of the short film into film festivals. “I wanted to do something that is unique, that has never been done before from any artist across any genre,” said MC Shadow. “Which is why we are making a short film out of this and eventually introducing it to the film festival circuit. I believe that music should coincide with a story.”

To view part one of the trilogy ‘Resurrection’, CLICK HERE

To view the director’s cut for ‘Resurrection’, CLICK HERE