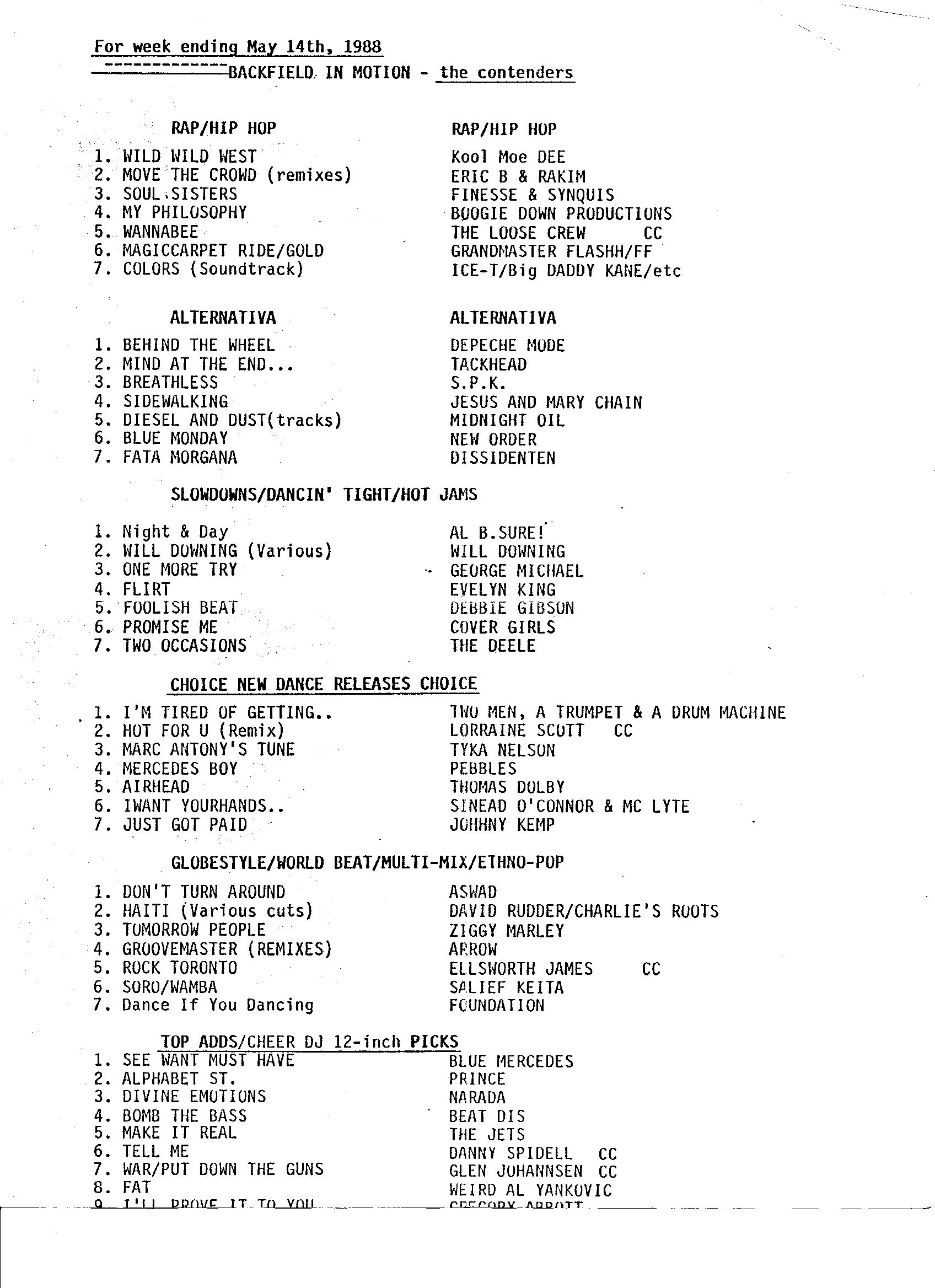 #4 Boogie Down Productions – “My Philosophy”

While being charted next to established US artists and contemporaries, the historical significance is this is the first known Canadian Hip Hop Group to achieve music chart status.

Canadian Icon (and local) artists of the day achieved marked success with record deals and support from Major US and Canadian record labels; including abroad in UK. The Get Loose Crew achieved their success as independent artists; establishing their own independent record and distribution agreement with Electric Distribution in November 1987 for record release in December 1987.

CHEER Music Pool founded by (music historian) Daniel Calderon, is one of the earliest nationally recognized Canadian national urban music chart supplied by the Cheer DJ Pool of Toronto. It is a nationally acclaimed organization of disc jockeys including members from South Africa, Portugal, Italy, Asia, Philippines, Angola, etc. and in existence for over 20 years.  Based upon their expertise, they were a distinguished voice in the SHARE FM application for a new urban/dance radio station and participated in the proceedings February 9, 2000 in Toronto. Comedian Russell Peters with origins as DJ himself, served on the Board of CHEER.

It should be noted that the chart misspelled the groups name “The Loose Crew” (missing Get) but is marked with CC denoting Canadian Content. 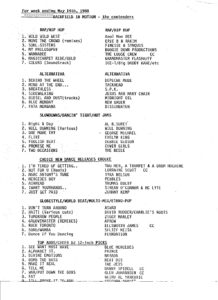