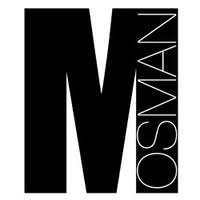 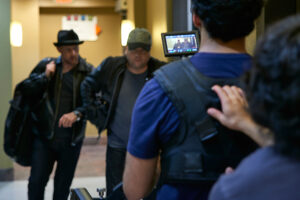 Intending to reaffirm his place in music history in 2016, Shadow approached Manee Osman, a Toronto-based film and music video director who had attained notoriety for a promotional video he filmed for Ciroc vodka, owned by Sean ‘Diddy’ Coombs. Osman and Neely developed a unique and original video concept for each of the music single releases in the form of a Trilogy, featuring ‘Resurrection’ as the first instalment. The undertaking is a first of its kind in any music genre, with each video presenting an individual story of a group of characters along a continuous single storyline, centered around four friends, their execution of a bank heist with inevitable mystery and betrayal. 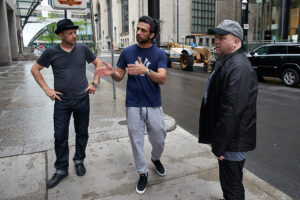 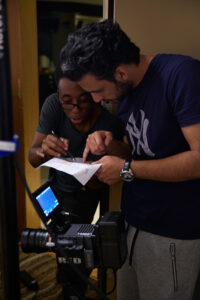 The three-part music video trilogy will be available as individual short videos and ultimately combined into a short film directed by Manee Osman and inspired by films like “Fast and the Furious”, “Revolver” and “Ocean’s Eleven”.

The first chapter Resurrection, establishes the setting in the backdrop of a metropolitan city and follows four associates all having mysterious, shady pasts and specialized skills who come together to plan a colossal bank heist. It ends with a climactic revelation that their ill-gotten gains have been switched out with Circus Flyers.

Part Two Lost, continues the story with the revelation that there is a thief and treacherous turncoat among them.  Someone is slowly killing members of the crew as the Police are closing in on them. The viewer is immersed deeper into the story with each character’s demise, a series of plot twists and unforeseeable endings.

The final chapter Lullaby of Pain reveals the identity of the killer with a breathtaking ending filmed on location in Las Vegas and uncovers the turn of events throughout the journey of deception, betrayal, and murder.

Due to a serious health issue in 2016, production was temporarily halted after filming the second installment Lost.

Each installment is edited into both a three-minute Television Music Video format and a seven-minute Directors Cut that would serve (independently) as a Short Film.

Each installment (chapter) can be viewed individually and collectively and serve as individual chapters of a complete story dubbed The Trilogy.

The three Directors Cut versions will be ultimately edited into a twenty-one-minute short film to be premiered at a Red-Carpet event in Hollywood California and submitted to Film Festivals.

Resurrection was released in 2015 and had an accompanying premiere held in the 1 King St. West Bank Vault in Toronto, which had served as one of the symbolic locations within the production.

The project features international model Melissa Night, Toronto actors; Paul Lamb & Eric Parris with a special appearance from Miss World Canada 2014 delegate Yarine Pernia. Shadow portrays the films protagonist and serves as Producer and co-writer on the project. He is credited as writing the script for the final instalment of the Trilogy production.