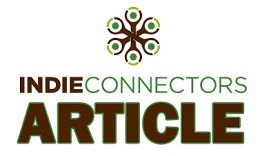 Indie Connectors, a Canadian Toronto based independent online company that posts online editorial submissions from various industry experts in professions in media, whose submissions serve as a reference for artists seeking advice, posted an editorial written by MC Shadow.

The piece titled “Looking forward in the rear-view mirror” was a testimonial to his music career as a pioneer in the Canadian Hip Hop music industry.

Neely reflected on the nostalgic early days in the music scene; efforts to establish himself as an artist and contributions to the architecture of hip-hop as a member of the Get Loose Crew and perception of legacy.

It’s been 27 ½ years since my first professional recording and attaining notoriety for creating Canada’s first Hip Hop Record to be internationally sold. Since then, I’ve witnessed the development of exciting technology and tools enabling many artists to achieve, what back then seemed an impossible dream. Major record labels were impenetrable organizations impossible to breach, inaccessible and beyond reach of the artist in a genre deemed to be just a fad – a trend.

We wore track suits, hats slung in different positions, rope chains and treasured our running shoes. The music was as great a part of the fashion and vice versa. Toronto was influenced solidly by New York City – the undisputed birthplace of Hip Hop music and breakdancing. Not to be dismissive of West Coast or even Miami sound, but our city was fast on the heels of what was relevant.

Our equivalent of the famed Apollo Theatre was ‘Concert Hall’ (the Masonic Temple) positioned at the corner of Yonge St & Davenport, complete with a crowd that would let loose unrelentingly upon an artist during a weak performance. Being thunderously booed off stage was merciful in comparison to garbage and objects hurled on stage if the often critical audience weren’t pleased. Many American artists have said that Toronto was a “hard place to play” and the audience had a reputation for being a tough crowd to play for.

Despite many challenges, societal lack of understanding and misperception, those of us from back then embraced the fact that we were a part of something unprecedented. We were unified by a passion for music and boundless creativity as an untested genre. It was through this adversity, a resolve formulated within my crew to create our own record label, secure a distribution agreement and release our record ourselves.

One of my most exhilarating memories was tearing away the shrink wrap from the record jacket hot off the press from CINRAM. Almost delirious at the thought of hearing my rhymes – my track playing on our DJ’s Technic 1200’s for the first time. The hum of the amp on power up…the crackle of the needle finding its way along the grooves to the first thump of the Bass Drum kickin’ off our title track – definitely dope!

This gave way from the Saturday afternoon trips to (then) Ryerson College Radio Station 88.1 CKLN FM to deliver a studio cassette recording to the only radio station in the country that played hip hop. The ‘Fantastic Voyage Program’ hosted by DJ Ron Nelson was the only place to hear Hip hop and for any kind of exposure. ‘KRS One’ of Boogie Down Productions was appearing as guest on the program and we gave him a copy of our record. We got airplay a few times on WBLS in New York City, which to us felt like we hit it big. Then we were charted locally, rubbing shoulders with successful artists like Kool Moe Dee, Rakim and Big Daddy Kane. Not long after, we were reviewing statements listing sales of our record on the other side of the world.

Time has seen me trade in my pager for a cell phone and then a tablet. With the onset of Social Media notwithstanding, your sound can be tight but you still gotta take it to the people AND they gotta dig it – nothing has really changed in that regard.

Hip hop has evolved from “two turntables and a microphone” to a multi-billion dollar industry and more relevant than ever. My contemporaries rediscovered by younger generations. It has produced globally acclaimed award winning entertainers, been in the forefront of social consciousness and established trends across the planet that have come full circle. It is a life and filled with life lessons like; being respectful and right with the people working with you on your journey. They will likely be the very eyes you look into if things aren’t successful or fall short.

As a genre it has exemplified an ability to unite people of staunch, conflicting tastes over the years through numerous, varied collaborations. Personally, I have always felt that any song I made should be able to get some love, from ‘contra genres’. If I can get positive vibes from die hard rockers or classical musicians then I am definitely onto something. It’s tough to know when to say no and play it safe or being open to say yes to a path of creative opportunity and collaboration. Friends and supporters will pretty much support your work even if they don’t feel it. But you gotta be open to the criticism that flows from a bad mix.

I was an 18 year old kid when I first released my record. I feel a tremendous sense of pride and humility that I contributed significantly to a music genre in a manner that in essence can never be repeated. Now, I am a ‘Pioneer’… ‘old school’. Why at this point in life would I put out new music? You got a hundred years to live, what are you gonna do with it? It’s so chill to look back, but never stop reflecting on what lies ahead… 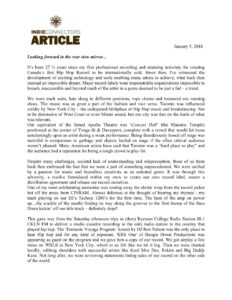 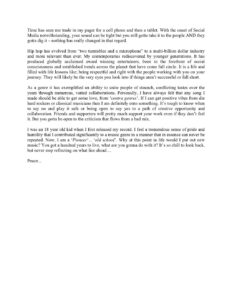